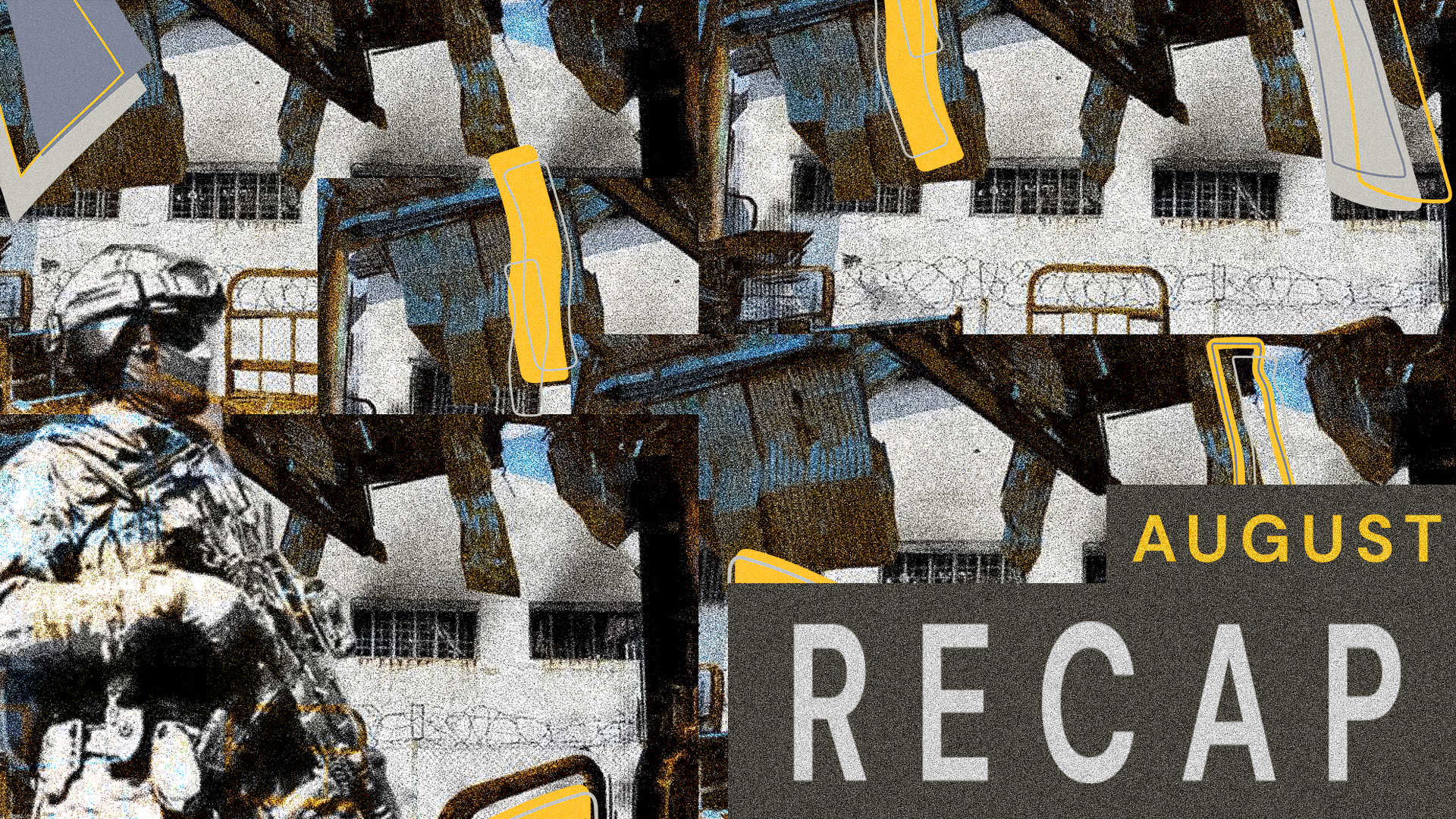 August Recap: Brief Overview of the August Researches by OMI

This Monthly Recap summarizes our performance in August 2022. We have also picked up major trends in Russian propaganda, identifying the narrative Russia is trying to create and the relevant factual background, and key changes in sentiments among Russians towards potential mobilization, in each case for the past month.

Best of the Month

Russian version: More than 50 Ukrainian prisoners of war were killed by Ukrainian shelling, specifically by the US-supplied long-range High Mobility Artillery Rocket Systems (HIMARS). The official Russian channels covered the "inspection" of the destruction of the colony to approve their version, led by the deputy of the State Duma of Russia Leonid Slutsky and "observers" from countries loyal to Russia (North Korea, Nicaragua, Serbia and Syria) and representatives of marginal parties from Germany and Italy.

Factcheck: According to Ukrainian officials, there is evidence (including the relevant images) to the contrary confirming that Russia maintained the attack to frame Ukraine and cover up evidence of war crimes and that a bomb (presumably, a thermobaric weapon) was used to destroy the building. As there is no possibility to conduct an independent investigation into the incident, it remains impossible to verify any position at this stage.

Nuclear crisis because of ZNPP shelling and insecurity

Russian version: Ukraine is shelling civilian objects, including the ZNPP. Traditionally, the channels reported that the Armed Forces of Ukraine were shelling occupied Donetsk and targeting residential areas. Also - that the Armed Forces constantly bombard Zaporizhzhia NPP. Thus, the channels show Ukraine as a nuclear terrorist, Russia as a peacemaker, and the West as disinterested in solving these problems.

Factcheck: ZNPP was occupied by Russian forces and remained inaccessible to the IAEA until September. In the latest report, the IAEA mission to the ZNPP confirmed that Russian military equipment had been placed in the turbine hall of two Units of the plant, and Ukrainian staff operating the plant under Russian military occupation are under constant high stress and pressure, with no ability to rotate for four weeks.

Russian version: The reaction of pro-Kremlin Telegram channels to the explosions on the military airfields in occupied Crimea was contradictory. The authors initially blamed Ukraine for missile attacks but later gave up on this version to the use of negligence of the Russian military or sabotage with the participation of UAVs.

Factcheck: There was no straight responsibility confirmation from either Ukraine or Russia, but due to anonymous sources and expert analysis, it is a part of Ukraine’s counterattack on Crimea.

We’ve been tracking how Russians discuss their government in local forums and Telegram channels. Despite the minor fluctuation in mid-August, the general sentiment remains positive. mobilization and attitude toward government among Russians during August 2022.

However, when it comes to conscription discussions - there’s a steady downward trend in sentiment.